Back on July 21, 2018 I posted on this blog about a box found by Roger.  The box looked like our Lane boxes only bigger and without any markings at all.  You can search this blog for that posting.  At the time it was the only one I’d ever heard of.

Recently Sheila from Illinois found our blog while doing research on a box she found at a thrift store and she recognized her box was very similar to the mystery box Roger had found.

Indeed, these photos of her box appear identical to those provided by Roger a couple of years ago. 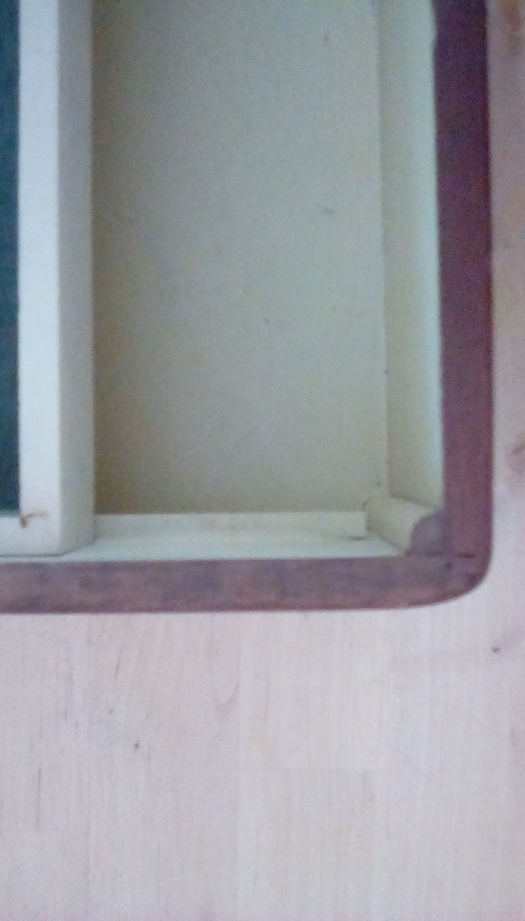 Sheila believes the cushioned lid of her box could be used as a pincushion and the box could be sewing box and I agree.  If you look closely at Roger’s box it appears like his lid cushion is laying under the shelf.  I don’t think there is any doubt Roger and Sheila’s box are the same.

The photos above show corners that are thicker as if reinforced due to the larger size and I may get more on those corner joints from Sheila.

Still no markings so there’s no way to link these boxes to Lane.  Therefore, I will NOT be adding this box to my website, http://www.lanecedarbox.com at this time.

Update…I have reached out to two former Lane employees that were involved in the miniatures at Lane for many years and both knew of variations designed to keep the department viable in the waning years.  Neither have ever heard of or seen this larger box and, therefore, confidence is low attributing this box to Lane.

And the search goes on…

Thanks for sharing, Sheila!